A popular tourist spot in Swansea is being plagued by the horrible smell of ‘sewage’ which angry residents report is coming from various manhole covers and grates. The area of West Cross and in particular Mumbles Road and beyond seems to be the main problem area.

Mat Davies, from Uplands, said: “For the past two Fridays I have been out jogging along the Prom from St Helen’s to Mumbles. Both of these days were great weather wise but the smell was awful, particurlarly between Blackpill and Mumbles.” He continued: “The smell was like blocked drains and pretty off-putting to be honest.”

The West Cross Inn owner, Vicky Morgans reported that the awful smell has been an ongoing problem for many years. However, recently the smell apears to have worsened.

Vicky said: “We have been complaining to the Council and Welsh Water on and off for at least four years, and the smell is very bad at the moment.”  She added: “It comes regularly throughout the day from the grates and manhole covers, and it is very much like a sewage smell. You can imagine how our customers react. One minute they are relaxing enjoying themselves, the next minute they are turning their noses up.” 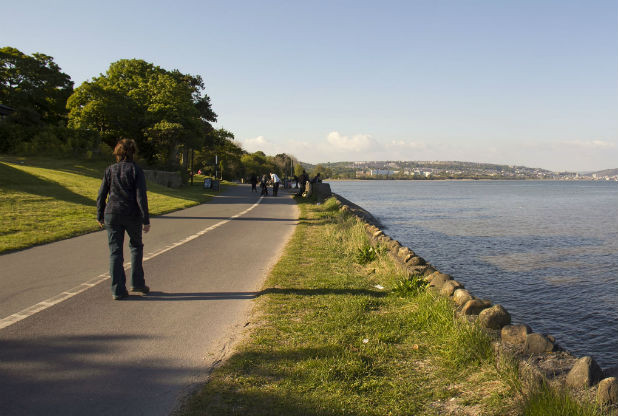 She further added: “We have a beer garden and it can get very smelly out there.” She reported that she had called Welsh Water prevoiusly and had asked them to find out whether or not their own pipes were the source of the problem.

Local residents have also reported seeing sewage in nearby Washinghouse Brook located at the end of Alderwood Road. However, Welsh Water have denied that any substances reported by the public were raw sewage.

Previously, the Evening Post had reported on the issue of sewage at Washinghouse Brook as far back as 2010. At that time Swansea Council had been investigating a number of drains that were incorrectly connected to the surface water system in Swansea West. No findings of sewage were made.

Natural Resources Wales, Welsh Water and Swansea Council reported that they have not received any complaints reguarding the smell from local residents recently.

If you are unfortunate enough to experience anything similar in and around your home, you should contact a local drainage specialist like CrescoPlumbingandDrainage.co.uk

Complete Tanker Service to remove waste from sewage or surface water pits or other such chambers. Tankers & Gully Suckers